This is coming a little later than I’d planned (life and a poorly cat got in the way), but welcome to Megalomaniac’s Non-Awards 2018! Last year I did Megalomaniac’s Anime Awards 2017, but for 2018 I didn’t really fancy doing awards and declaring what the “Best Anime Series 2018” or the “Best Anime Film 2018” was. Instead I simply want to highlight a few things that I found entertaining in 2018 and that are worth your time. So, to re-iterate, this is not an awards show, nor is it an exhaustive or in any way definitive list. This is simply a bunch of recommendations for good stuff that I enjoyed or found interesting in 2018. I’m not even going to limit it to things released in 2018, my only criteria are that it be something I consumed in 2018 and I’m ruling out anything that appeared in last year’s awards, in any format, so as much as I’d love to tell you to go and read the Land of the Lustrous manga (seriously, go and read it) I won’t be mentioning it below. I’ve been watching less anime, reading more manga and generally enjoying a wider variety of stuff - like the old days before I got roped into the whole writing about Anime thing. Therefore I will be branching out from anime this year and including non-anime series and film, as well as things like manga for the first time. And without further ado it’s onto the Non-Awards. 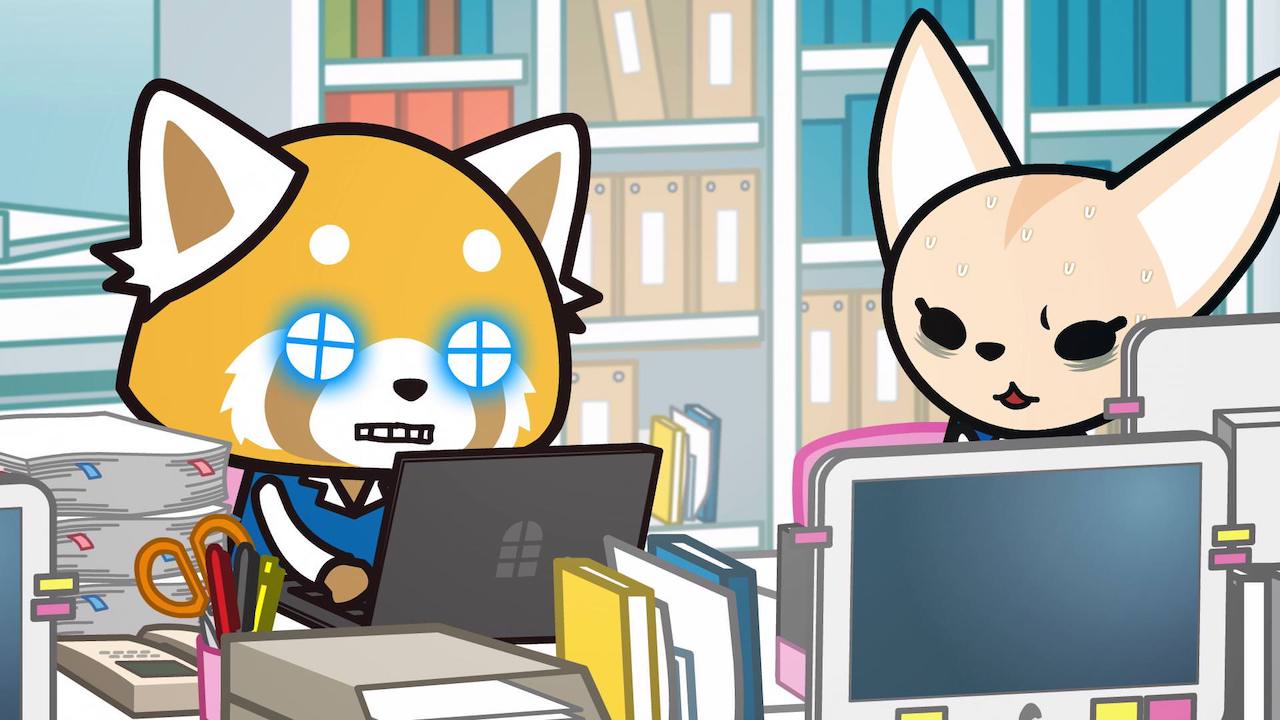 First up is Aggretsuko, a series which I reviewed back in June. And it’s safe to say I loved it, describing it as “Fresh, funny and relatable”. The titular Retsuko is the latest in a long line of super cute Sanrio characters, though outside of her appearance she has very little in common with the saccharine sweetness of Hello Kitty and co. You see Retsuko is a downtrodden twenty-something office worker, who has to deal with all the realities of being overworked, underpaid and stuck in a dead-end job. Thus Aggretsuko is the story of the trails and tribulations in Retsuko’s mundane modern life, and of her suffering such everyday horrors as chauvinistic bosses, office suck-ups and overzealous colleagues. Though it’s not all doom and gloom: Retsuko’s friends provide some respite, for the most part. Though naturally there are stresses and strains even there.

Back in June I stated: “Retsuko is the perfect protagonist for 2018: downtrodden, exhausted and under-appreciated but bristling with righteous indignation and looking to get on with life as best she can.”, and that still rings true now - she is a poster child for Millennials everywhere. Though the real genius of the show lies it’s combination of brutal honesty and comedy. From Director Ton’s misogynistic chanting of “cha” (tea - as in ‘make me some tea’) at poor Retsuko to Fenneko’s eerie monosyllabic laugh “ha-ha-ha-ha-ha-ha-ha”, everything is pitched perfectly and proves to be both relatable and hilarious. Speaking of the other characters, the supporting cast is surprisingly well fleshed out and nuanced, considering the show’s short run-time. Though the star of the show remains Retsuko and her frequent trips to a local Karaoke bar, where she belts out her now infamous Death Metal soliloquies…

Streaming Aggretsuko on Netflix was probably the most fun I had watching something in 2018. It’s as funny as its social commentary is cutting. With short episodes and a high hit rate it’s an easy show to dip into and even easier to recommend, so what are you waiting for? Oh, that’s right. I promised to write about more than just one thing… 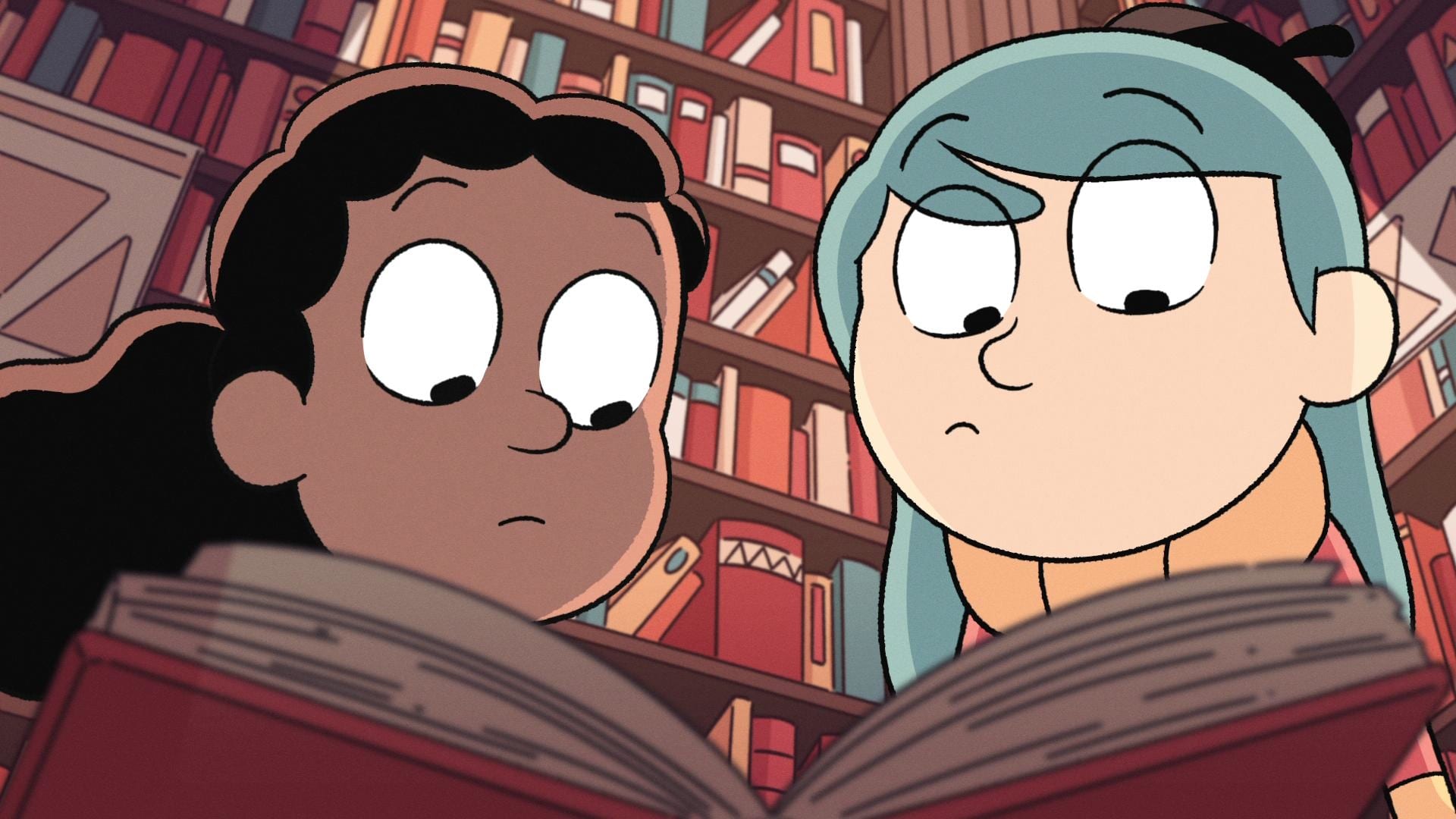 Based on the Luke Pearson graphic novel series of the same name, Hilda is one of those shows that just popped up on Netflix one day. Despite having no prior knowledge of the series, or history with the graphic novels, the cute character designs, amusing trailer and a need to entertain the small human in the house tempted us to dip our toes into the unknown.

The series centres around the titular Hilda, a fearless blue-haired girl who has grown up in the wilderness of an unnamed Scandinavian-esque country, which is filled with a menagerie of mythical creatures. She lives there with her mum and pet Deerfox, Twig, and spends her days having increasingly fantastical adventures. That is until events take an interesting turn and the family are forced to move into the city…

Hilda is an effortlessly charming series, and one of those rare shows which manages to entertain both young and old alike. The series somehow manages to make fantastic creatures like elves and trolls believable, with even ancient giants and the aloof Woodman fitting perfectly within the world. The series also manages to deliver some really poignant and thought provoking moments, especially the events surrounding the giants. Though that doesn’t mean it’s all serious stuff, far from it. Hilda also delivers excitement and comedy in spades, with the elves’ overzealous love of contacts providing some particularly amusing moments. Thus adults and children alike will find much to love in this series, the cute character designs may make it look like one for the kids but there’s enough here to eke out the childlike wonder of even the most world weary adults.

Spider-Man: Into The Spider-Verse 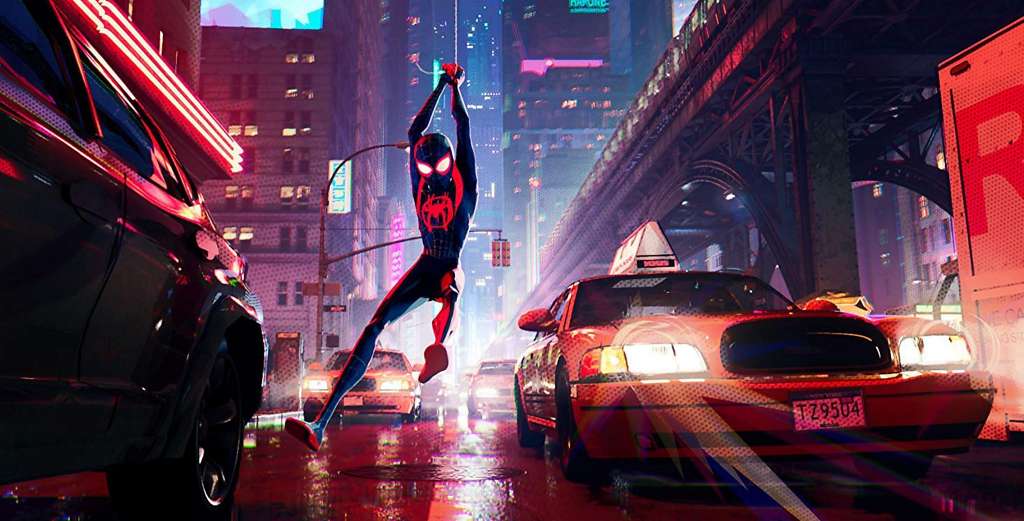 Spider-Man: Into The Spider-Verse probably needs no introduction, as much has been written about it over the past year. It has even been described as “the best Spider-Man movie” and that - in my opinion - is no exaggeration, which should give you some idea of just how good it is. Like the other recent Spider-Man films it is a curious product of the Spider-Man licence lying with Sony Pictures, rather than Marvel and their masters at Disney.

The film follows Brooklyn teen Miles Morales, a high-schooler and urban graffiti artist who unwittingly stumbles into the path of strange looking spider… Yes, we are all familiar with the old boy meets spider, spider bites boy story by now. One of the great joys of Spider-Man: Into The Spider-Verse is the way it plays with, and even occasionally subverts, those expectations. The movie knows when to give a nod to tired old Spidey tropes and when to freshen things up with a nice new coat of spray paint. That said, you don’t need to be au fait with the ever changing Spider-lore to enjoy the movie, there’s plenty to hook fans both old and new. Speaking of lore, Miles isn’t the only Spider-Man on offer in Into The Spider-Verse. A multitude of other Spideys make an appearance to amuse long-term fans and introduce the newbies to the rich variety of incarnations. From a down on his luck Peter Parker to a spider powered Gwen Stacy, Into The Spider-Verse has something for every flavour of Spider-fan.

People often come to comic book movies for the action, and Into The Spider-Verse has that in spades, though it has much more to offer besides. It also displays some great comedy timing and even squeezes in a number of more emotional moments. Added to this is the simply gorgeous animation and thumping soundtrack, which fit the film perfectly. All in all Spider-Man: Into The Spider-Verse is one of those rare films that seems to hit all the right notes at the right time. Marvel’s big screen presence was crying out for something fresh, something new, and Spider-Man: Into The Spider-Verse provides a perfect palette cleanser for the post-Infinity War Marvel Cinematic Universe, and with it Sony Pictures have out Marvelled Marvel. 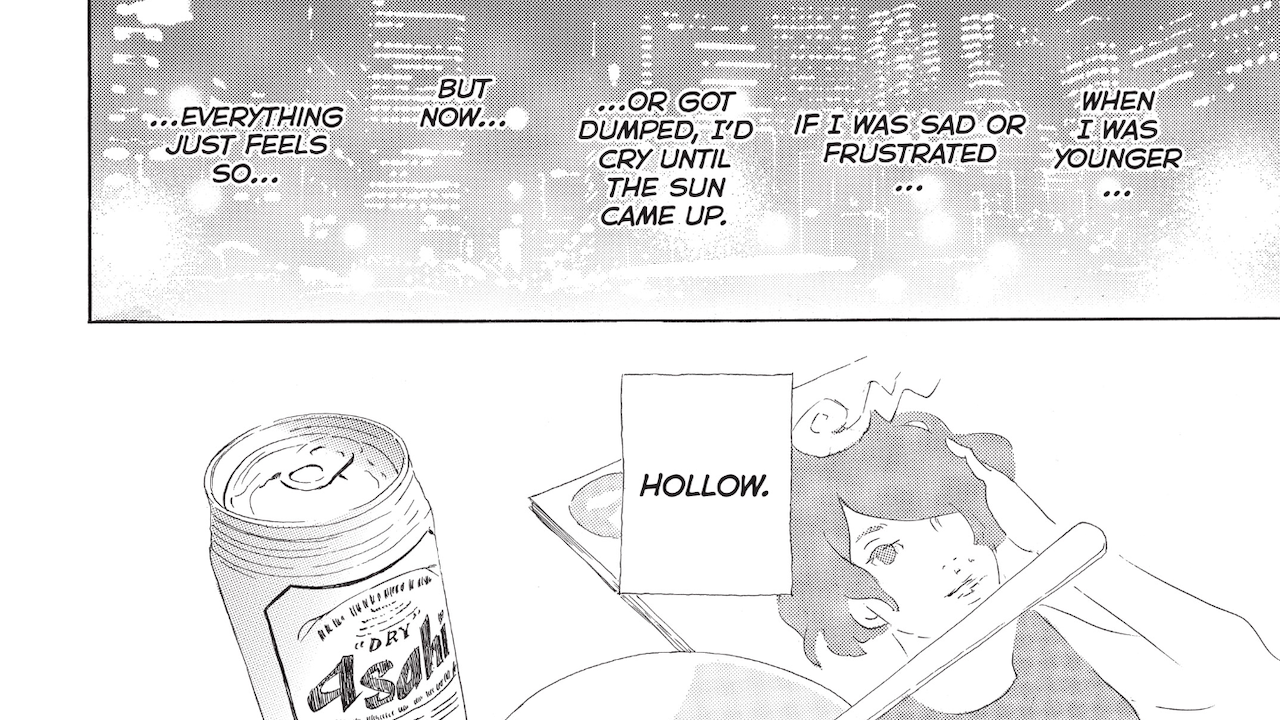 Tokyo Tarareba Girls (or Tokyo What if Girls) is a manga series by award winning manga artist Akiko Higashimura, it’s one that I gave a shot thanks to a recommendation (hi Elliot), a Comixology sale and fond memories of one of the artist’s previous works, Princess Jellyfish. It follows the titular Tarareba Girls: Rinko, Kaori and Koyuki, as they attempt to navigate life in Tokyo as single 33 year olds. They regularly meet for girls’ nights at Koyuki’s dad’s bar, where they drink, they talk and they wonder “what if”. They also occasionally irritate or antagonise some of the other regulars…

Each of the three is having their own crises of sorts, resulting Rinko’s resolution to get married by the time of the Tokyo Olympic Games, in 2020. I’m part-way through the series at the time of writing, probably about half way, and apart from a ‘just ok’ start it’s a rather captivating read thus far. It’s one of those stories where one minute you want to hug the protagonists and tell them everything’s going to be ok, and the next minute you want to shout at them to stop being so stupid. It’s not without its faults, but the characters feel real for the most part. As such they make mistakes, they stumble along their way or take occasional wrong turns and while they aren’t always right, or even likeable, they are very sympathetic characters.

Tokyo Tarareba Girls manages to encapsulate being a 30-something somewhat lost in a world that seems, from the outside at least, to have gotten it’s act together a lot better than you have. It captures the feeling of looking back at the dreams of your younger days, or wondering what might have been, and ultimately realising they were just that, dreams. You will love the characters, you will hate the characters and somewhere along the way you might even see yourself in them. I only hope the series ends as strongly…

That’s your lot for 2018, I’d originally planned to do a little more but as ever life gets in the way. Anyway, I hope you enjoy the things I’ve recommended as much as I did - until next time, ta-ta.

Please note: I first wrote this post back in October 2019, a lot of things have happened since then,...

The cry of the millennial

There’s (yet) another article about millennials doing the rounds, but for once it’s not a hit piece: How Millennials...